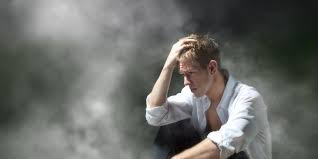 In the past couple of blogs, we have learned some things from the story of Ezra the scribe about thinking like God and the good news that the good hand of the Lord is upon believers…for good! For some time there had been an exodus of Jews after 70 years of captivity in Babylon, just as God had promised. The Temple had been rebuilt and worship according to the Law was restored. Great progress was being made in getting back on track worshipping the one true God and living a life that pleased Him. But there were still things that were not right that needed to be dealt with through confession and repentance.

When these things were done, the leaders came to me (Ezra), saying, “The people of Israel and the priests and the Levites have not separated themselves from the peoples of the lands, with respect to the abominations…(Ezra 9:1).

Though progress was being made, the people were still sympathetic to the ways of the world and had not fully repented of things that displease God.  Ezra’s reactions were immediate and dramatic:

I don’t know about you, but when I realize either I or a group I am a part of or our nation has sinned, my reaction is a bit more casual. Perhaps I should learn from Ezra’s example that sin and friendship with the world really do offend God big time.

Ezra’s reaction to sin and worldliness really does fit in with a Biblical view of sin and worldliness. While it may be considered normal and acceptable for believers to adopt many of the ways of the world, we must do so very cautiously. Friendship with the world offends God (James 4:4). And if we allow ourselves to become too friendly with the world, we may be in danger of falling in love with the world, also not a good thing (1 John 2:15). It’s kind of like dating an unbeliever. The Bible forbids it, and for good reason. What can happen if you date an unbeliever? You could get closer to them and fall in love with them! If you do that, they will likely influence you to lukewarmness in your faith at best, apostasy at worst. Similarly, friendship and comfort with the ways of the world are risky.

We are encouraged in scripture to come out from among them (unbelievers) and be separate (2 Corinthians 6:17). We are told to be holy (1 Peter 1:16). By definition, to be holy is to be separate. The Lord knows that we are weak and if we play with fire we will likely be burned. Since the beginning, the Lord has required a difference between His people and all others. The difference is because of who we worship and who unbelievers worship. If two different people worship different gods, they will live noticeable different lives from each other!

It was appalling to Ezra to realize the extent of the worldliness of the people of God and the lack of line drawn between them and the godless. Ezra reacted extremely. Extreme reactions to sin please God. It shows one has similar thoughts, values, and affections as God.

Jesus was anointed because He loved righteousness and hated wickedness (Hebrews 1:9). The apostle Paul commanded believers to abhor evil and cling to that which is good (Romans 12:9). Ezra’s extreme reaction to sin and worldliness was godly and appropriate. A lesser reaction would have shown a tolerance to sin, which was exactly the problem with the believers in the first place!

The next time you confess your sin or the sins of others, consider Ezra’s reaction to worldliness. Perhaps if we get the reaction right, we won’t be so inclined to go back to it again!

Posted by Dan's Pulpit on September 12, 2016 in Blogging Through the Bible, Ezra 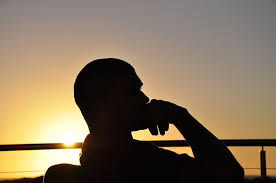 Ezra the scribe and priest had led the second of three waves of Jewish exiles from Babylon to Jerusalem and their homeland. Ezra was a contemporary of Nehemiah who oversaw the rebuilding of the walls of Jerusalem. With the blessing and provision of the King of Persia, Ezra set out to restore worship in the newly built Temple of the Lord in Jerusalem. A verse in Ezra reveals his method and mission as he returned to the land of his fathers:

For Ezra had set his heart to study the Law of the Lord, and to do it and to teach His statutes and rules in Israel (Ezra 7:10).

He was basically make disciples. When you read the above verse, doesn’t it sum up our method and mission on earth as believers?  Some have said our mission as believers is to know God and make Him known. That may be a bit oversimplified, but perhaps not much!

Anyway, by and by it was revealed to Ezra that there was sin in the camp, rampant sin, that many were involved in. Ezra’s response wasn’t what we may hear today, well, we all sin every day in thought, word and deed. Maybe the people just have an addiction or an illness or something. No, Ezra had studied the Law of the Lord and knew well what sin looked like, and that God hated it. Ezra shared the mind of God on the subject.

This is why it is so important that we believers are students of the Bible. There has been a general acceptance of sin that for centuries believers recognized as evil and were appalled at it. But the attitude of the Church is becoming more and more lax and permissive on various sins. What will it look like in 50 years if we keep going this same direction? By being students of the Bible, we study what is true and begin to think like God. And when we think like God we love what He loves and hate what He hates. We begin to spend our lives on things that matter to Him more than things that matter to us. Or, perhaps better said, the things that matter to Him begin to matter to us!

Delight yourself in the Lord, and He will give you the desires of your heart (Psalm 37:4).

There are a couple of ways to look at this verse. We could say, as many do, that if we delight ourselves in the Lord, He will give us whatever we desire…a new house, car and all matter of things we might desire as earthlings. But maybe He will give us the desires themselves. He will change what we desire! And then we will get the desires of our hearts because He has instilled in us His desires, so of course we will receive them! His desires for us have become our desires for us!

All this to say, if we are ignorant of the Bible, we simply will continue to think like the world, approve of the things the world approves of, and continue to follow their way of thinking. There will be less and less difference between us and sinners. After all, if we seldom read the Bible but take in far more of the world talking to us, which will influence us? Will we become more godly or worldly if we take in more of the world than of God? But if we reverse this and go against the worldly tide by becoming students of the Bible, it will be our major influence and we will begin and continue to think like God. As a believer, that is really the direction I want to travel, don’t you?

Posted by Dan's Pulpit on September 7, 2016 in Blogging Through the Bible, Ezra